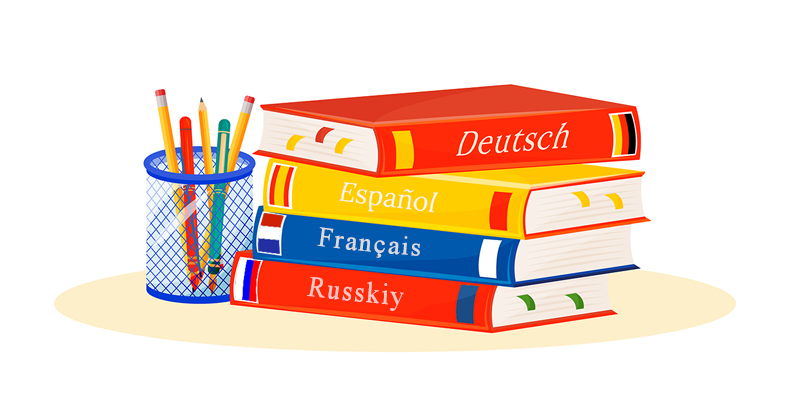 Language plays an important role in business administration and customer satisfaction in all kinds of businesses, it aims to achieve customer satisfaction from an interaction with an organization; both in verbal or non-verbal communication. With rapid globalization, businesses are expanding into foreign landscapes, incorporating and integrating international markets. This foreign expansion creates a requirement for multilingualism to ensure an accurate and flawless client communication.

Senator Paul Simon in his 1987 book, ‘The Tongue-Tied American: Confronting the Foreign Language Crisis’ noted down how monolingualism, in this case, knowing and understanding English has taken away 2,00,000 job opportunities from the Americans – the time was before the fall of communism, the rise of China as an economic power and the North American Free Trade Agreement.

The belief that the world speaks and understands English is a myth nowadays. English may be the global language for basic communication, yet we cannot ignore the rise of China, Japan, Brazil, and other non-native English speaking countries like Russia, France, Germany, Netherlands, Iceland, Singapore and many more. Thus, foreign language skills become necessary while conveying complex business ideas to clients.

Also, if business deals involve complex discussions, it sometimes becomes impossible for a mediator to provide a detailed background to handle the conversation between the communicative parties. Again, as the services of experienced interpreters are quite costly; if any international project continues for many years, language conversion and interpretation takes up a huge stake. Interpreters can also become a bit hindrance while trying develop a rapport with a client in any ‘after business party’, when the conversation moves into a more personal and trustworthy domain.

The multilingual business personnel is much in demand at present with the shift of global economic power. While the US is still holding its prime position, Japan and China are also rising rapidly in the economic scenario. Japan’s automobile industry is taking on the big three in the US market; China has become the largest electronic manufacturing country; the rise of regional economic blocs, MERCOSUR has become predominant with the union of Spanish and Portuguese speaking countries in Latin America – wherein business communications are preferred in their native languages rather than English.

Mandarin has also become significant for business leaders to know and understand because of the growing economy and purchasing power of China in the global market. With approximately 1.3 billion native speakers and 917 million people who speak Mandarin as their second language, no wonder that the language is gaining its popularity and importance among the business minds across the world. German never came in competition with English, yet Germany is regarded as the leader in scientific and technological research, their language has retained a certain niche among the business people trying to have a foothold in these sectors. With over 572 million speakers worldwide, Spanish is the primary language of Spain, Mexico, Colombia, Argentina, Venezuela, parts of the United States. It has been listed as one of the future languages in a report by the British Council, making it an essential language for business owners to know or operate in. Other languages like French, Japanese, Arabic, and Hindi are also being increasingly used in business circles in respective countries.

The language flows across and touches the global organizational processes like values, norms, attitudes, customer service work, product design, marketing, hiring, evaluating, promoting employees, internal reporting, post-merger integration, innovation, process improvements, teaming, and many more. Language alteration affects these processes and practices simultaneously. It can affect every aspect of globalization because only by learning languages, leaders can communicate with native people and cultures effectively, which will further help them to move towards the future world and global business. Language acquisition is a gradual process and there are many satisfying milestones along the way, though self-directed study can help individuals to acquire a language to a basic competency level in one or two years.

English has always been seen as the lingua franca, as over two billion people speak English worldwide. Additionally, 1.23 billion native English speakers are residing in the United States (US), the United Kingdom (UK), Canada, Australia, South Africa, and New Zealand, making English the most preferred language of globalisation.

It has also been studied that multilingualism makes a person smart and efficient. While learning a new language, the vocabulary acquisition portion of the brain becomes active, stimulates growth, and works faster and makes a person more competent. The importance of multilingualism in business cannot also be understated as language helps in interacting with clients effectively, learn their culture, and market to the various countries with different sentiments to establish a successful trading relationship.

In the present day, a lot of importance is given to the learning of foreign language courses worldwide. Globsyn Business School Online (GBS Online), a global platform for digital learning, is offering a rich basket of foreign language courses that includes Spanish, German, Italian, French, Russian, Chinese, Japanese, Arabic, Portuguese, among many others, for management students to pick up during their post graduate management studies. These courses by GBS Online are not only endowed with rich asynchronous content for an enhanced learning experience, but also further their thirst of learning new languages. Interested students can enroll for these courses by visiting www.globsyn.online.